I read a great piece in Money Magazine a while back.

It’s more about mindset than the market, but I found it to be highly relevant to what we’re doing in REI, so I wanted to pass along their analysis.

The author stated that he gleaned his information from his 5-year study on the habits of 233 self-made millionaires.

His two biggest takeaways were:

He says that he’s identified more than 300 of what he calls “Rich Habits,” and he wrote about 5 of them in the piece. At first I was surprised how much they aligned with real estate investing. But then as I thought more about it, I realized that it’s about focus and habits, and that those are transferrable to anything we do.

So here’s his top five “Rich Habits.” Some of them are no brainers, and #3 is huge, but the point is to make this worthwhile to your business, why not take a critical look at what you’re doing to see if it aligns with what the 233 self-made millionaires are doing? I’ll bet you’ll find, like I did, that there’s a lot of room for improvement.

1. They Create Multiple Streams of Income

Self-made millionaires do not rely on only a single source of income. They develop multiple streams. Three seemed to be the magic number in my study. Sixty-five percent had three or more streams of income that they created over time.

Diversifying your sources of income allows you to weather the economic downturns that always occur in life. These downturns are not as severe to the rich as they are to the poor. The poor put “one pole in one pond” and when their single income stream is negatively impacted in some way, they suffer financially.

Conversely, the rich have “several poles in several ponds” and are able to draw income from other sources when one source is temporarily impaired.

2. They Dream-Set Before They Goal-Set

Dream-Setting is the act of clearly defining a dream. Sixty-four percent of the millionaires in my study were pursuing one single dream. Here’s the 2-step process to Dream-Setting:

Shocking I know. That hasn’t happened since Paul Volcker.

But it’s about time.

And then there’s inflation.

I’m an econ major. I’ve been following this stuff since 2006 and 2007. I’m confounded but the fact that we haven’t seen any inflation yet. It’s out there. But if or when it will ever hit is anyone’s guess.

The first paragraph of the piece is what gives me a glimmer of hope:

“An increasingly vocal minority of Federal Reserve officials want the central bank to retreat more quickly from its stimulus campaign, arguing that the bank has largely exhausted its ability to improve economic conditions.”

I’ve included the piece below without further comment. Let me know what you think.

Having a job is one of the greatest benefits you can have while you’re starting a business. Especially a real estate business that takes some time to ramp up.

The reason is, as I discussed in the last post, is because a job serves as a safety net.

You have a source of income coming in. You can put food on the table, pay your mortgage or rent, and put gas in your car.

All while you’re building a business of your own on the side.

How cool is that?

I know I know. There’s a whole other school of thought out there that says you should cut bait on the whole job thing and jump into business full time.

Kind of like the Spanish Conquistador Hernando Cortez did when he burned his ships after he had landed in the new world so his men would be “well motivated”.

Are you a sick and tired of this as I am?

It seems like every time I check my email, some idiot goo-roo is pitching his “solution” to having a job.

And of course they have all kinds of cutsey acronyms for JOB. Tell me if you’ve heard these:

Well you know what? Those f’ing goo-roos can go take a f’ing flying leap.

Because there’s nothing wrong with having a job.

A job lets you put food on the table.

A job lets you put gas in your car.

A job let you buy that 60 inch plasma tv in your living room.

I was excited when I saw the headline in the Business Insider that they were talking about the 18 best bottles of scotch in the world.

I mean, I have my own personal preferences, and I can appreciate a great glass of scotch, but my wallet isn’t in any condition to afford anything on a “best scotch list”, that’s for sure.

But I still like to read about it. And so I did.

And I was shocked by some of the selections that were on the list. Stupefied. Blown away.

Laphroaig 18
What, are they smoking crack? I don’t care what year it is. This stuff is undrinkable. It smells like embalming fluid and tastes worse. I can’t even have this stuff in my house it smells so bad.

Johnnie Walker Black Label 12
Um, seriously? Johnnie Walker? One a list of the 18 best scotches in the WORLD? I’ve had their Blue Label, and it tastes like battery acid. I wouldn’t take a bottle of the black label if you gave it to me.

The Glenlivet 21 Year Old Archive
Now this is an interesting one. I like this scotch. It has a good taste, a good feel on the tongue, and a good clean finish. It’s light and it’s drinkable. But – Glenlivet is like the vanilla ice cream of single malt scotch. Even the 21 year. It’s entirely without a personality. Which makes it a very strange choice to have on the list of the 18 best in the world.

The Balvenie Single Barrel 12
This is another surprising one. It’s a great scotch. Great taste and great finish, decent price, and a nice one to have as your daily ration. But to have a 12 year make the list is a bit odd to me. This is really good stuff, but top 18?

Oban Highland Single Malt 14
While I haven’t tried every scotch on their list of 18, I’ve tried a few. And this one is my favorite out of all of them. And it’s my second choice to have at home after my Macallan. It’s a nice middle of the road scotch. Not too light like some of the “trainer” scotches, and not as heavy as some of the fuller bodied brands. It’s a great daily drinker and it’s always popular with guests. It’s a great choice for the top 18.

Here’s part of the article. The link to the full article is below. 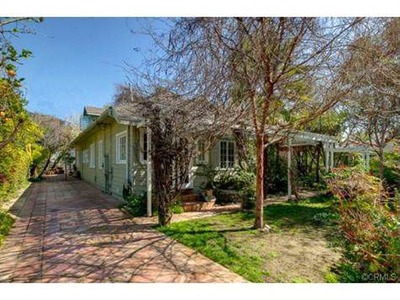 Seems like all the interesting news is coming out of Southern California these days.

This time, it’s about our old friend, the interest only mortgage.

Never mind the fact that this was one of the chief contributing factors in the housing crash just a few short years ago.

Times are good and money is cheap, so hey! Lets get the party started.

The article is from the Dr Housing Bubble Blog. A link to the original article is below.